The indoor plumbing industry has evolved considerably. It’s a technology that has its roots in the ancient world and is still in use widely today.

To help guide you in learning more fascinating tidbits about the history of indoor plumbing, our team at Performance Plumbing in St. Louis, MO explains more in our latest post.

It was back in the period of 2350 BCE that the Indus Valley Civilization had access to working toilets in their homes.

While the modern version of the flush toilet is far different from the systems available in ancient times, studies show that many people of the era had access to private toilets in their own home.

The Romans then took on advancing indoor plumbing technology and used their famed aqueducts to transport water from the city to city, along with piping systems that controlled water flow.

They were amongst the first civilizations to separate water channels for cleaning, eating and cooking water. The Romans built public latrines which were available for use in the city streets.

It was in the 18th century in France that flush toilets became known to the wider population. However, because of the complexity of the technology at the time, flush toilets were only available to the rich.

Famously, Queen of France Marie Antoinette had her own version of the flush toilet installed in the royal home. Her toilet has a manual flush system, and the waste had to be removed by employees of the royal family. 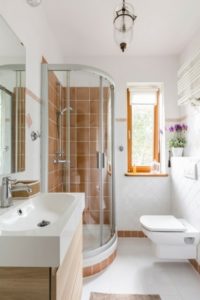 Moving forward to the modern era, sensor toilets were invented in Japan in 1986 as the rush to remove the dangers of bacteria and germs brought new impetus to the marketplace.

The flush toilets operated without the need for a manual handle, minimizing contact between the user and the toilet.

Today, we’re discovering the need for low flow toilet options across the country, as homeowners find their water bills rising incrementally. Low flow toilets are the latest invention designed to meet the needs of those in the modern community committed to their conservation efforts.

From the original cesspool connected toilets of The Indus Civilization to the modern low flow eco-friendly options today, indoor plumbing has changed significantly over thousands of years, and it’ll be interesting to see what turns the industry takes next.